Logan: Hello chingus! It’s been awhile and I definitely didn’t expect that our comeback post would be under such sad circumstances. I’m still having a hard time believing it, really. Yesterday marked the abrupt end to one of the most fantastic era the world has ever seen - the reign of DramaFever. Now us devoted viewers will be the ones to have to deal with the Goryeo-like fall out while trying to pick up the pieces and move on. DramaFever really holds a special place in my heart so I’m taking this harder than I would if any other random website had shut down. How about you, Tiara?
Tiara: I was stuck at work when my phone blew up with all the news. I had to stop what I was doing to find out what was going on. Hearing DramaFever was dead, I thought it was a joke. I read the articles and couldn’t believe my eyes. It was true. I was shocked, annoyed, and pissed. Heck, I evening checked my email to make sure I didn’t get something from DramaFever. Let’s just say my mind was elsewhere the remainder of the night. 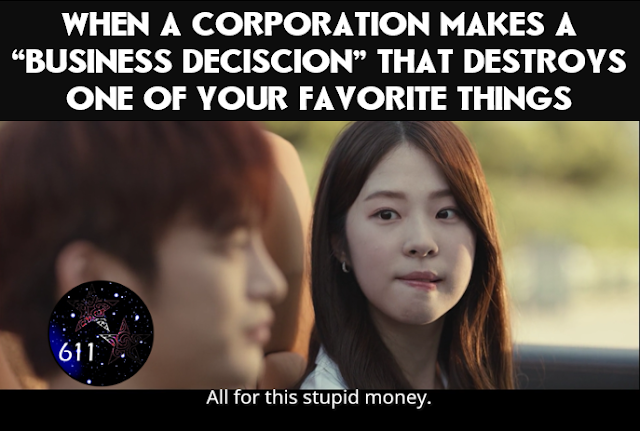 Logan: To fully express why I loved DramaFever so much and why even with other avenues to watch dramas, Dramaworld will never be the same again for me I have to go back to the beginning. 2011- That’s when I started watching Kdrama. First a couple through Netflix, then a couple through Hulu - but the choices were so limited. I loved some of what I saw, but I wanted more so much more. That’s when a simple watermark on one of the dramas I was already watching “DramaFever” lead me to the bold decision to find the original source through a Google search. I landed on DramaFever and it was almost like I could audibly hear the Hallelujah Chorus playing. Hundreds and hundreds of shows in this incredible new genre of show I had discovered. I knew from that moment, I would never be without something amazing to watch again and to this day that has remained true.
Tiara: Your story about finding Asian dramas is much the same across the dramaland community. The awe and wonder of watching your first drama is something you will never forget, but it isn’t just the drama it’s where you found the drama. Much like Logan, I knew DramaFever was going to be my second home after I found it. It took me a couple of weeks before I went ahead and paid for the subscription. I felt like a kid in the candy store with all these dramas waiting for me to watch. If it wasn’t for DramaFever, I also wouldn’t have thought to make memes. I started my own blog to post my thoughts and funny memes. I saw a post on DramaFever asking for people to become apart of the Drama Club. If it wasn’t for DramaFever, I wouldn’t have met Logan or the many others from the DramaFever Drama Club. 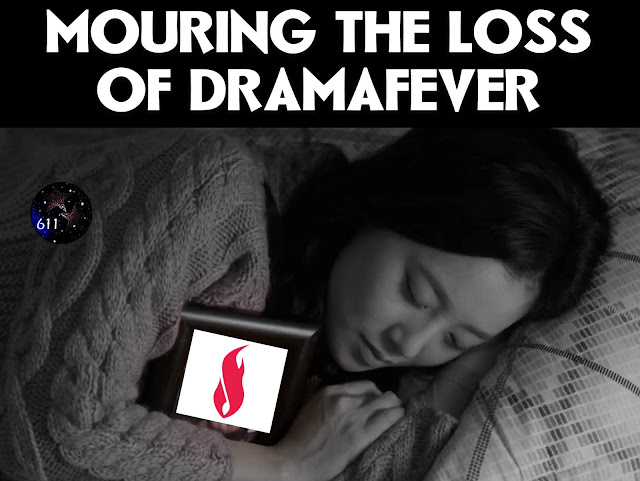 Logan: It was also through DramaFever’s drama clubs that I fell into blogging and making memes. After years of devoted DramaFever viewership, I saw a similar post to the one Tiara did. A writer for DramaFever’s drama club? It was a dream come true in combining two of my loves - writing and Kdramas! I felt so honored to be chosen to participate. As part of the club I started making memes and getting connected with drama loves all over the world thanks to DramaFever. 611 Drama Unnies owes so much of our existence to DramaFever. That’s how we started doing memes, that’s where we met, that’s where we got to share so much of our own creations with fellow fans, and perhaps most importantly - it was a place where we got to shed our stresses from the day if even for only 1 hour while we watched the latest episode of the new great drama.
Tiara: Yes, I didn’t like the direction DramaFever was going with adding the bachelorette to their site. It was still a dumb move, but in the end it really didn’t change my viewing of dramas. I may not agree with the lineup, but it was a disagreement. I had my subscription renewed a few months ago. I was actually watching a few currently airing dramas. I was still a loyal customer. Whoever the big bosses are that made the decision to not inform their subscribers that the site would close down is just down rude and bad business. The more I learned about the shut down the more angry I got. It wasn’t just their subscribers who didn’t get notify, but many of their employees also didn’t know they were out of a job until yesterday too. 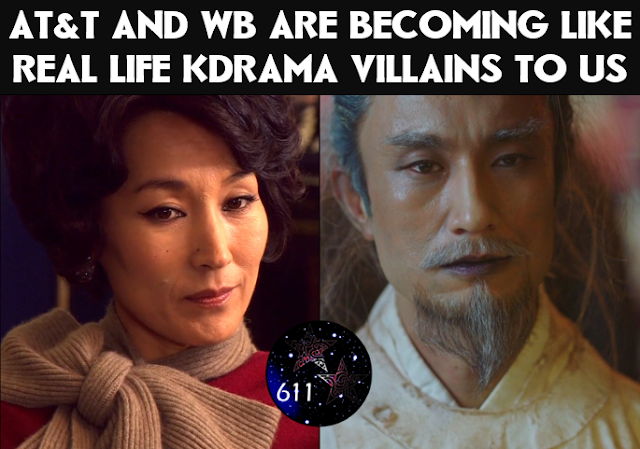 Logan: That’s a good point, Tiara, if some people saw our memes roasting DramaFever’s addition of The Bachelor to their site, they might think we at odds with DramaFever when really the reason we were so annoyed by their decision we because we liked the site. If we didn’t, we wouldn’t have cared. I think we kind of felt a change in DramaFever’s business model after The Bachelor was added. It seemed like things were happening that was changing the nature of our favorite website and ultimately we were right. The thing about their employees getting fired so suddenly really made me sad - we knew some of those people.
Tiara: I understand on a business point of view wanting to put the movies and TV shows you own on platform. It makes sense and is a not a bad idea. My problem is with Warner Bros and AT&T disrespecting the dramaland community and their subscribers with having us to find out by reading new articles. It feels like no one in those company thought an exit strategy was needed. They putting much slapped us with kimchi and ran. They assume once their new platform is up in running by the end of 2019 the subscribers to DramaFever will come a running for their dramas. Hopefully while they are gone other companies will take this opportunity to fill in the hole that DramaFever left. I know it’s big shoes, but I really don’t want them to have a chance to be in the market of Asian Dramas after being treated like a second class citizen. 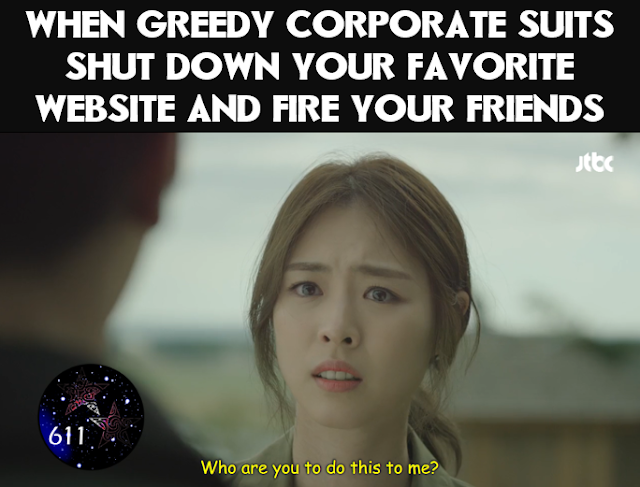 Logan: It almost felt like a diss to the entire Asian drama viewing community. As if they thought so little of us that they shut our site down in the middle of a day without warning, while people were in the middle of their shows. Then if they open a new platform they expect that like sheep we’ll just blindly go where the dramas are after being treated like blind consumers. Maybe it’s because everyone has that desire to feel special - but I always felt like our community was special. We have a loyalty, passion, and sense of community that I haven’t seen around other television genres. I think AT&T and Warner Brothers made a really big business mistake in treating us the way they have.
Tiara: There is the saying “once bitten, twice shy”. I think a lot of us in the Dramaland community will be thinking twice about signing up for whatever they come up with next year if they can. I wished they had allowed the currently airing dramas to finish. They are producing 100 Days My Prince and it’s odd to see the logo for DramaFever in the credits. They could have picked the date the last currently airing drama would have ending possibly a week after the last episode. They should have sent emails to their subscribers to let us know that DramaFever was going to melt into whatever this new platform would be. They should offer a FULL REFUND to everyone no matter when their subscription expired. This would be for the inconvenience of shutting down DramaFever, but also a sign of good faith to keep those customers for the future. A little empathy and friendliness goes a long way. Yes there would be many who would be upset, but at least we wouldn’t have been blindsided about the end of DramaFever. 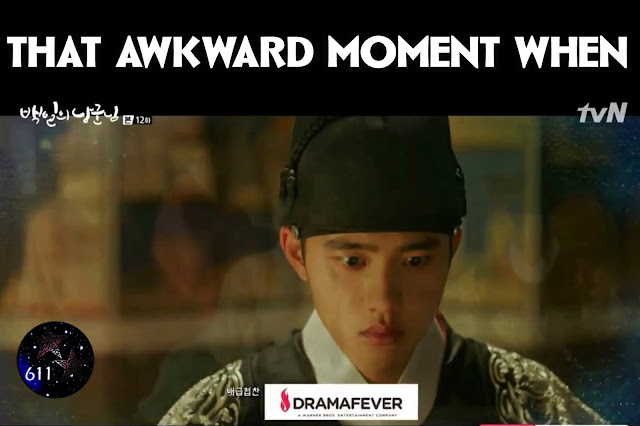 Logan: Granted, AT&T/WB could end up not even including our dramas in their platform and have shut us down for an entirely different (unknown) reason. All we have to go off right now is speculation and vague rumors. But it makes me start to think about the vastness of DramaFever’s content. I haven’t compared site to site, but it really seemed to me like DramaFever had far more dramas than any of its competitors, especially when it came to older dramas. It’s likely that both Viki and Netflix will be anxious to sweep in and pick up the new currently streaming dramas, but what happens to those older dramas that so many of us love to go back and rewatch every so often. Viki and Netflix don’t have a lot of those and probably have no interest in getting them. How many dramas might have been essentially lost forever to us?
Tiara: Don’t forget Viki and Kocowa do have a deal. I think this does help with some of those older dramas. It has a lot of the main three stations, but not the cable network. DramaFever being gone has put a dent in legally cable dramas. I’ve been looking at what is on Viki and what is part of the Kocowa deal. It’s got a pretty big list of dramas. It’s making me wonder since I’m no longer a DramaFever subscriber if I should take the jump and buy the Plus package. Viki has done a better job of also expanding their Chinese dramas too. I know Logan, you’re not the biggest fan of CDramas, but I for one have been watching a lot of CDramas lately. I’m also excited for some upcoming ones and my fingers are cross someone picks those dramas up. 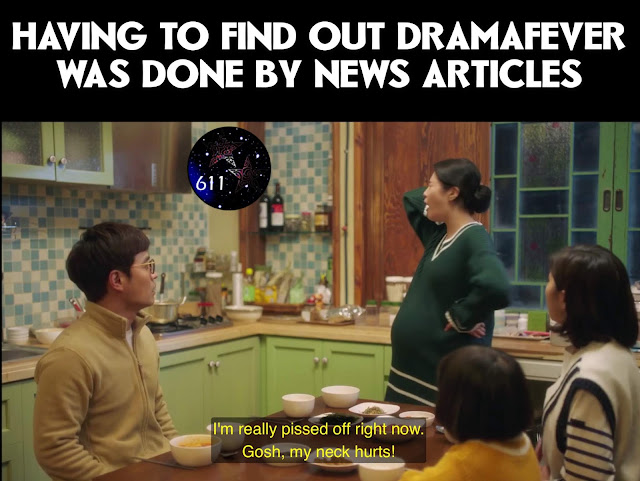 Logan: I know that the majority of the dramas we want to watch will be available in some way, shape, or form legally but there will be those few that fall through the cracks - and with my luck it’ll be all my old favorites. I think it is kind of funny, the founders of DramaFever started the website to give international Kdrama fans the ability to watch legally the shows that they had previously had to resort to streaming from shady sites in order to watch. With the shut down of DramaFever, I’ve already seen many people comment that they are returning to those shady sites. I get that not everyone loves Viki. I’ll admit that I even have been hesitant to get on the Viki train for some time because of both my loyalty to DramaFever and a few small things that I don’t love about Viki’s platform - but in reality are they our only major Asian drama champion left in the game now? The last thing we want is to lose them too.
Tiara: It doesn’t seem like Viki is going anywhere and I’m glad they are getting tons of love and support, but they are also giving it back to the dramaland community. It’s unclear what will happen going forward for what remains of DramaFever. It’s a sad time for the dramaland community as we lost what brought us not only together but into the world of dramaland. DramaFever was like family to many of us and with the site shut down it’s like losing a loved one. Farewell chingu. 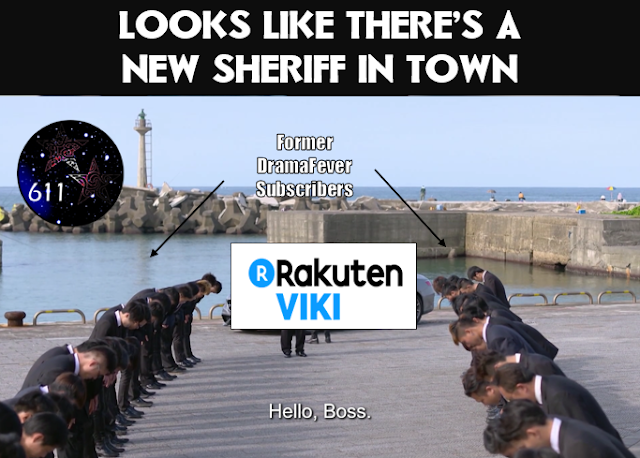